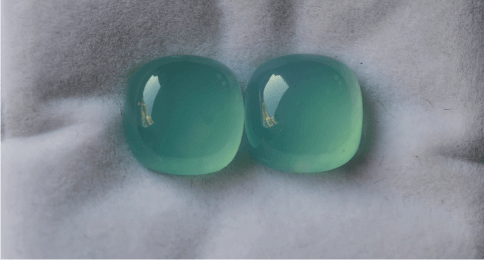 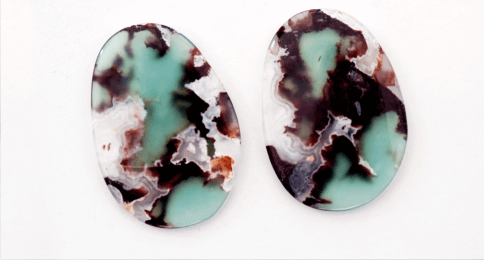 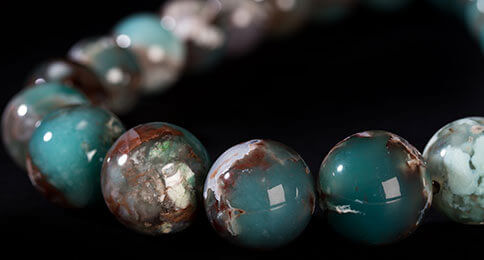 A new super-gem, the vibrant translucent bluish green variant of Chalcedony, drawing its colors from chromium and nickel, is marketed under the trade name “Aquaprase™”.

Aquaprase™ is a unique gemstone holding mother nature and picturing its richness. It encompasses the sand to the earth tone where you want to dig your toes into. The white swirls are the waves breaking when hitting the rocks. Everything happens under a clear blue sky in some to an early morning dawn pale green when the weather is overcast.

A mere touch of Aquaprase™ is bliss, gives you the unexplainable inner happiness no other gem offers. A rarest of rare gem, a secret mystery since centuries, as beautiful and lavish as can be, outshines all the other gem stones you have ever owned, seen, and felt.

Every piece of Aquaprase™ is different. No two stones are identical. They are really one of a kind. Each one tells a different story

A new type of chalcedony was recently submitted to GIA’s Carlsbad laboratory by Yianni Melas of Greece. According to Melas, this material originated in Africa, although a more precise location has not been made available. The translucent material displayed a vibrant bluish green color and is currently marketed under the trade name “Aquaprase.”

Translate »
Shopping Cart
There are no products in the cart!
Subtotal
$0.00
Total
$0.00
Cart
Checkout
Continue Shopping
0
×